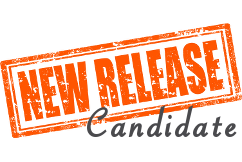 OPNsense®, Keep the good packets flowing and the bad ones out!

For more than two and a half years now, OPNsense is driving innovation through modularising and hardening the open source firewall, with simple and reliable firmware upgrades, multi-language support, HardenedBSD security, fast adoption of upstream software updates as well as clear and stable 2-Clause BSD licensing.

We are writing to you today to announce the first release candidate for version 17.7, which, over the course of the last 5 months, includes highlights such as SafeStack application hardening, the Realtek re(4) driver for network stability, a Quagga plugin with broad routing protocol support and the Unbound resolver as the new default. Additionally, translations for Czech, Chinese, Japanese, Portuguese and German have been completed during this iteration.

Focus in OPNsense has shifted to improving and streamlining its various systems and providing continuous updates, which amounts to over 300 individual changes made in 17.1 so far. The plugin infrastructure is growing as well thanks to our awesome contributors Frank Wall, Frank Brendel, Fabian Franz and Michael Muenz. And we, last but not least, have been working more closely than ever with HardenedBSD by unifying our ports infrastructure. And this is only the beginning... but let us not skip ahead.

Download links, an installation guide[1] and the checksums for the images can be found below.

Here is the full list of changes for the release candidate against version 17.1.9:

The list of currently known issues with 17.7 Release Candidate 1: